On Tuesday 21st May ten year 5 children journeyed to Marshlands Primary School for the the cluster Rounders tournament, competing against 6 other schools. The children all showed fantastic teamwork, lead by team captain Oliver and their fantastic coach Mrs Laverick. After playing 4 games, the results were in, with Boothferry coming 4th. 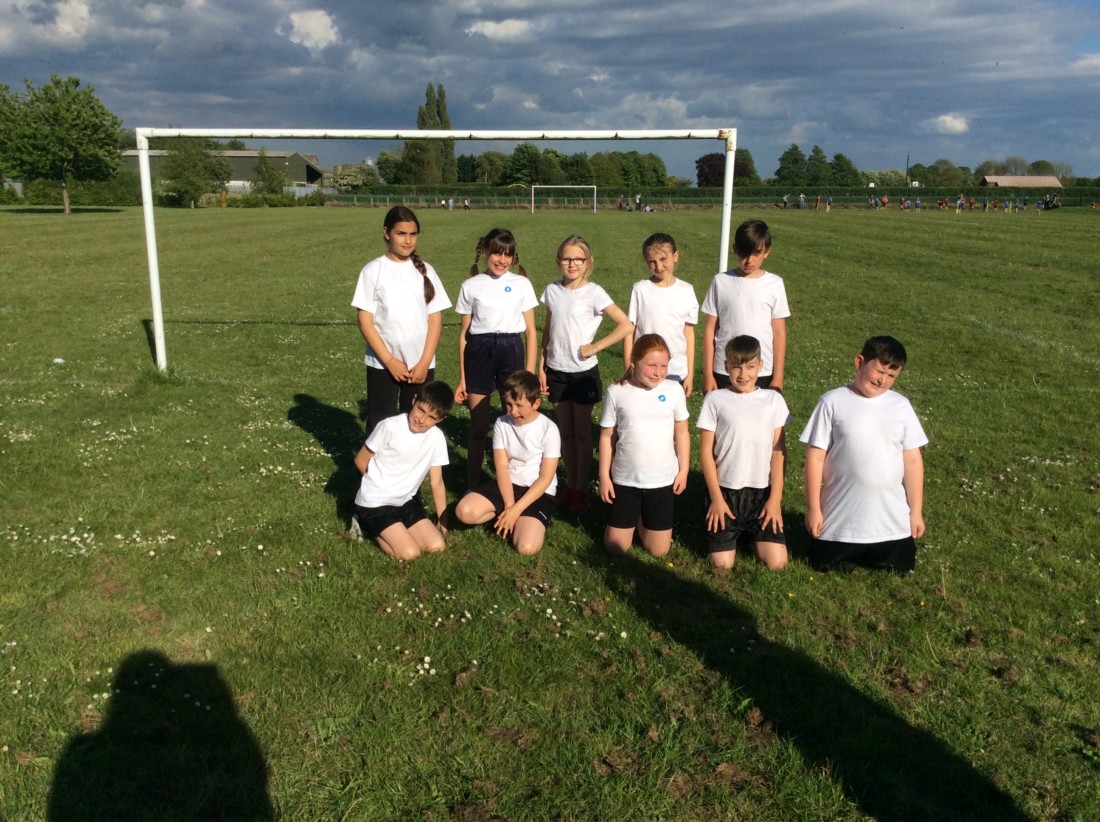 On Tuesday 7th May children from years 1-5 took part in a Move 4 Health activity day at Airmyn Park Primary School. The children had an amazing day learning to be active and working as part of a team. We had a go at pond dipping and identifying creatures as well as activities such as working together to get through a spider web and seeing how many times we could fold a big sheet without stepping off it. We loved getting really muddy creating the mud faces and birds nests using all of the natural materials we could find. 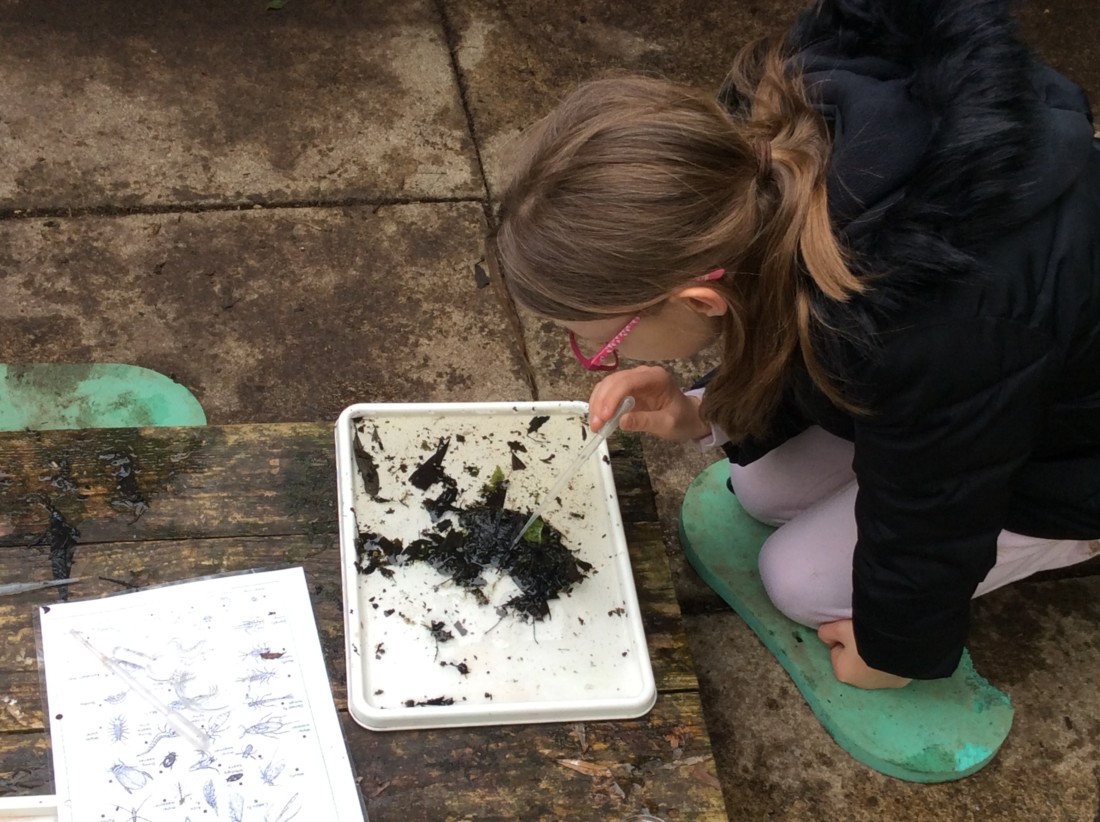 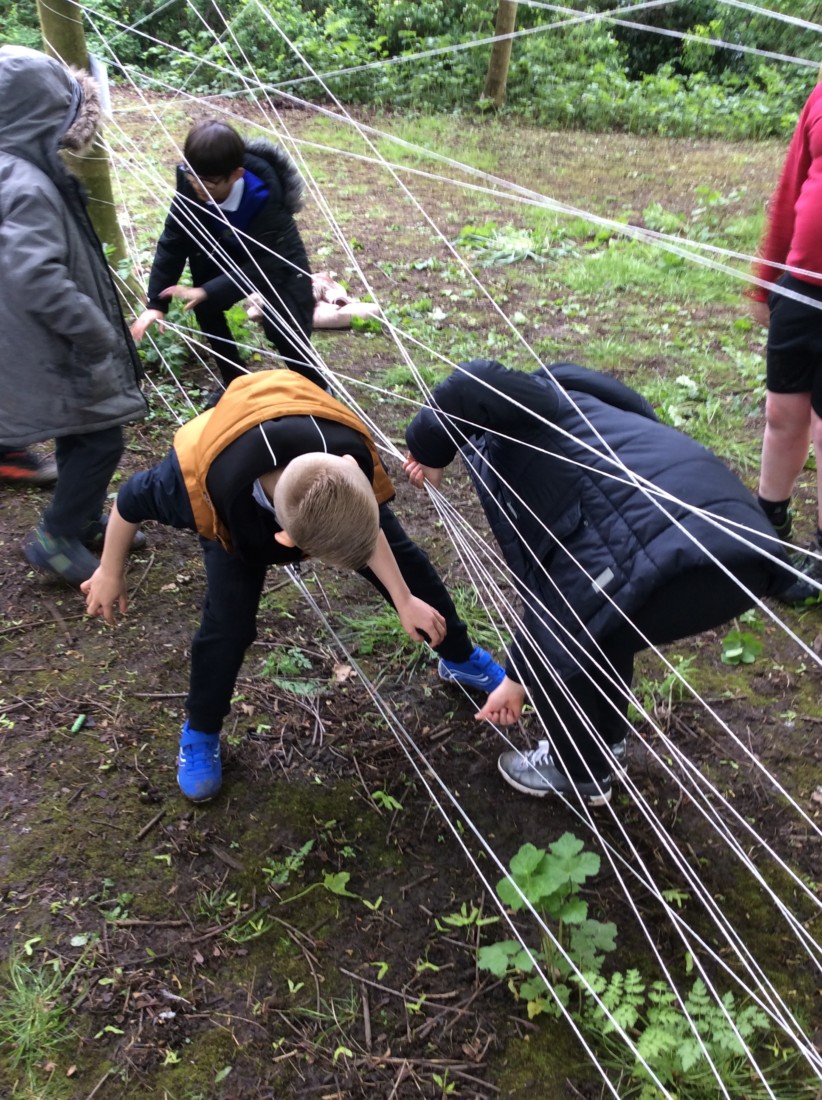 After 6 weeks of intensive training, our very first cycle team took part in the R-evolution challenge cup at Ennerdale cycle circuit. The event was a full day of races that included Team pursuit, Relays, Cycle cross and individual road races.  Our team of 8, made up of Year 5 pupils did the school proud with their hard work and resilience, including a first and second place in individual races. We were particularly keen to take part as R-evolution are the Charity that support Boothferry by providing our 100+ bikes for our free bike library and some of our team were riding these loan bikes. Overall we came a very credible 5th place.
The team were so tired on the way home that many of them fell asleep. We would like to thank David Butt from the local authority for training us and being #teamBootherry’s  biggest supporter. 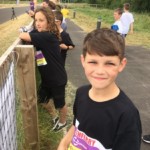 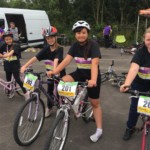 On Tuesday 8th November, 7 Year 4 children took park in the first ever Goole Cluster Netball Festival. The festival involved the children working with young leaders from Goole Academy to learn the skills they needed to be able to player High 5 netball. The children then played matches against the teams from other local schools. The children who were involved were Ryan C, Gracie H, Lilly S, Lexi S, Jeorgia P, Jack U and Finley S. On Friday 14th October Boothferry Primary School proudly hosted the first annual Goole Rugby Club competition. Everyone who watched agreed that all of the teams played very well, with Boothferry Primary School coming 4th, having won two, drawn two and lost two games. The players from our team included: Jay, Jack, Brendan, Ashton, Brook, Charlie and Mitchell from Y5 and Tyler, Levi and Lennon from Y6.
The event was also a success for Boothferry Friends’ association, who served hot dogs and warm drinks to keep everybody warm, raising a fantastic £102.50! 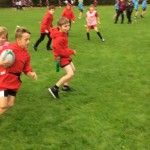 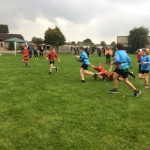 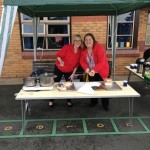 This week at Goole Academy years 3, 4, 5 and 6 competed against 6 different schools including Marshlands, Kingsway, Parkside, Airymn Park, Hook CE and Swinefleet. They took part in a cross country race. The race took place around the edge of the Goole Academy field. The people who took part in the cross country race for our school were: Kacper S, Lilly S, Sophia Z, Jeorgia P, Maikls L, Angelica A, Imogen B, Max P, Mateusz K, Oliwier B, Evie B, Sabine L, Marianna J, Olegs J, Jay B, Paige T, Ellie H, Ellie T, Ethan RE, Lennon W and Mason M. In this race, the year 3/4s had to do 1 and a half laps around the field and the year 5/6 had to do 2 laps of the field. In year 3 /4, the fastest girl was Jeorgia P and the fastest boy in year 3 /4 was Oliwier B. In year 5/6, the fastest girls were Evie B, Marianna J, Paige T and Ellie T. The fastest boys in year 5/6 were Lennon W and Ethan RE. We also took our school mascot, Ruc the backpack, along with us for his first official event of the new school year. 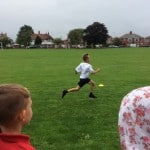 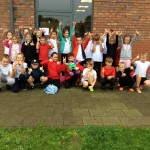 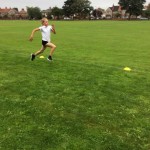 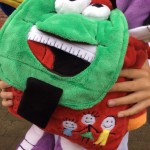 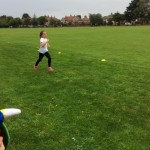 “When ever I have had a problem the staff on the whole have been sympathetic and helpful.”

“The best thing about this school, when I ask my child this question, he said Mrs Emmerson. ”

“The New Head teacher and deputy. ”

“The after school activities, film nights and discos.”

“This school meets our expectations in every way.”

“The friendly atmosphere, the safe environment & the teachers’ encouragement.”

“Open weeks in Foundation allows parents to enjoy school as much as our children.”

“Being part of their learning – it doesn’t just stay in the classroom.”

“My children are thriving as the school is committed to learning and progression.”

“My kids love the fruit on the snack table.”

“The joy of the teachers who greet the children and parents daily.”

“The Head teacher and deputy are fab, they join in everything.”

“My children are developing very well in school.”

“My son’s teacher is creative, enthusiastic and genuinely cares about him as an individual .”

“I love the fact that senior members of staff know the names of the children.”

“Opening the school doors at 8.40am has made it much easier as it is less crowded.”

“The new website is fantastic. It is up to date and it is great to see what the children have been doing.”

“Since the new Head and Deputy have arrived, so many things have changed. The school is alive now!.”

“The bike loan scheme.My family also like the school bank.”

“..closeness between all age groups and years.”

“The choice to do a traditional nativity was great !.”

“the amount of effort put in by the teachers to make topics interesting is brilliant.”

“The photography club is brilliant, I think introducing things like this is brilliant for the children.”

“Thank you for treating my child like your own.”

“You can approach any member of staff and they help you.”

“My children have come on and made progress socially and academically since joining.”

“I feel the school has advanced with regards to the appropriate curriculum for different age groups.”

“the school gives me advice as a parent so I can help my daughter.”

“We can only applaud the ingenuity & continued compassion of the young people at Boothferry.”

“We want to thank you for welcoming my family when we moved here (from Bulgaria).”